Books have played a huge role in the history and daily life of Israel. The founders of the modern state set out their ideologies in books, and people all over the world have fallen in love with the vision and reality of Israel while reading books.

Scores of people have nominated their favorite Israel books. The focus was on English language books (and translations from Hebrew). After compiling the votes in a sophisticated matrix algorithm which only big time social media gurus understand and which I am not at liberty to share, I am pleased to offer you:

While living in Israel will make this book seem like the ultimate kitsch this book ignited the hearts and imaginations of millions around the world. Many credit the awakening of Soviet Jewry in the 1960’s to the risky, underground reading of Exodus by Jews in the USSR.

While Exodus may get the adrenaline going,  readers want to know there is a clear reason behind all the drama and thus The Tanach was a clear second place winner.

3. O Jerusalem, by Larry Collins and Dominique Lapierre –  This is a page turner telling the dramatic story of the establishment of Israel in 1947/48 while looking through the prism of events in Jerusalem.

4. Six Days of War, by Michael Oren – before he was Israel’s ambassador to the USA, Oren was a successful academic and author of one of the most popular accounts of the miraculous 1967 Six Day War.  Readers experience the frayed nerves, doubt and fear of Israel’s leaders and people before the war as well as the exhilaration of victory. Hard to put down.

5. Adjusting Sights, by Haim Sabato – A translation of the huge Israeli bestseller “Tium Kavanot” A Rosh Yeshiva, Rabbi Sabato wrote a piece of fiction (closely matching the event of his experiences fighting in the Yom Kippur War) which sold thousands of copies and brought together Jewish tradition and literature in a fashion which mesmerized readers from every part of Israeli society (and the sales proved it!). Adjusting Sights was a game changer on the Israeli literary scene as it opened up the publishing world as a possibility for young religious writes such as Michael Sheinfeld.  Rabbi Sabato has other books on the 65 for 65 list as well.

6. Start-up Nation, by Dan Senor and Saul Singer – This book has sold probably a million copies and has been translated into just as many languages. Looking at how a small, poor country surrounded by enemies became an engine for technology development and economic success this book presents a story and ideas which have become an article of Israeli faith and the envy of countries across the globe.

7. The Prime Ministers, by Yehuda Avner – A “tell all” about the inner workings of Israeli leadership from someone who worked closely with every prime minister in Israel for over 30 years. A huge bestseller soon to be a move, this book is filled with idealism, humor, drama and humanity.

8. Dawning of the Day, by Haim Sabato – another winner – the book that launched the writing career of this bestselling author.

9.  Works by Yehuda Amichai – one of Israel’s most beloved poets. 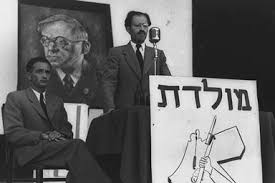 10. The Revolt, by Menachem Begin – a personal account by the former prime minster of Israel, of the Jewish resistance to British rule in pre-state Israel.

12. Letters from Jerusalem 1947-1948,  by Zipporah Porat  – a junior year abroad which turns into participating and witnessing the War of Independence in 1947/48.

13. Tuvia in the Promised Land, by Tzvi Fishman

14. A Tale of Love & Darkness, by Amos Oz  – Could this list have been complete without him?

15. The Zionist Idea, by Arthur Hertzberg

16. Raquela, by Ruth Gruber – mentioned by a number of voters, this book seems to have impacted many.

17.  Eretz Yisrael in the Parsha by Moshe Lichtman – a bit of a pleasant surprise. The author was one of my first clients.  Looking at each week’s Torah portion with an emphasis on the role the Land of Israel plays, this book is a unique educational tool for anyone.

18. The Source, by James Michener

19. Fear No Evil, by Natan Sharansky – who says there are no heroes today? A man who sat 9 years in jail for wanting to leave communist Russia for Israel.  A classic, must read. I always find it surprising how many people I meet today who don’t know who Sharansky is.

21. The Best of Kishon, by Ephraim Kishon

22.  Diary of Hannah Senesh, – this iconic poet parachuted behind enemy lines in a doomed effort to free Jews from the Nazi monster.

23. The Israelis, by Amos Elon

24. Letters to an American-Jewish Friend: A Zionist’s Polemic, by Hillel Halkin – many college students stayed up late at night reading this classic as they formed their own vision of the importance the land of Israel would play in their life. (at least I did.)

26. The Battle for Jerusalem, by Abraham Rabinovich

27. The Letters of Yoni Netanyahu, by Benjamin and Ido Netanyahu – the brother of Israel’s current prime minister was a bona fide hero and is a part of Israeli history due to his role in the rescue of Jews from the hands of Palestinian terrorists who hijacked their plane to Uganda.

29. The Poetry of Rachel

30. The Gilboa Iris, by Zahava Englard

36. Moving Up: An Aliyah Journal, by Laura Ben-David

39. To Dwell in the Palace, by Zvia Ehrlich-Klein 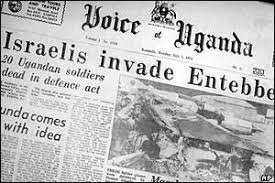 40. 90 Minutes at Entebbe by William Stevenson

41. The Founding Fathers of Zionism, by Benzion Netanyahu  – by the father of….

42. From the Four Winds, by Haim Sabato

43.  Battleground – Fact and Fantasy in Palestine, by Samuel Katz

44. The Pomegranate Pendant, by Dvora Waysman

45. The Blessing of a Broken Heart, by Sherri Mandell – a tragic story told by the mother of child killed by terrorists (his friend was also killed).  Israel was stunned into silence by the brutality of the murder.

46. From Time Immemorial,  by Joan Peters

47.  The Nehalel Siddur – a new prayer book filled with gorgeous images of Israel. Eye candy for the soul.

50. The Pledge, by Leonard Slater

51. The Jewish State, by Yoram Hazony

52. For the Love of Israel and the Jewish People, by Nathan Lopes Cardozo

53.  Our Man in Damascus, by Elie Ben Hanan –  a classic story of Israeli heroism about the man who became part of the inner circles of Syrian upper ruling classes while he spied for Israel.

57. A History of Israel, by Howard Sachar

58. Out of the Depths, by Rabbi Israel Meir Lau

63.  The Seventh Day: Soldiers Talk about the Six Day War, by Avraham Shapira

64.  A Tzaddik in Our Time, by Simcha Raz – the story of the “father of the prisoners” who looked out for the Jews  jailed by the British mandatory authorities while fighting for Israeli independence in one way or another.

65.  Forever My Jerusalem, by Puah Shteiner

3 thoughts on “65 Books for 65 Years. Celebrating Israel. With Books, Of Course.”