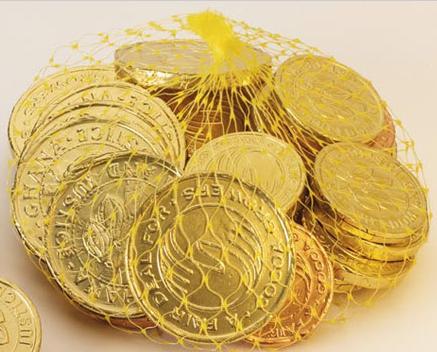 Welcome to the 8 for 8 series in honor of Chanukah 2014. We will be focusing on 8 cookbook authors, one for each day of the holiday. Let’s talk to these foodies and see how they celebrate Chanukah and what they are cooking, baking and enjoying! I do not promise that we will spell “Chanukah” consistently all 8 days.

Ronnie Fein is a renowned cookbook author who literally wrote the Idiot’s Guides to Cooking. Ronnie has just released The Modern Kosher Kitchen (Fair Winds Press)  with a forward by Jamie Geller.

Ronnie’s new book focuses on creative and interesting recipes while not being intimidating. There is a lot of buzz surrounding the book which is really nice to see. I had the pleasure to work with Ronnie over the past year as she edited the new cookbook Gluten Free Around the World by Aviva Kanoff which I coordinated. (Aviva will be featured in 8 for 8 this week!). It is always terrific to work with such nice and professional people and I am grateful that Ronnie agreed to be part of 8 for 8 and I am thrilled to kick off the series by speaking with her.

What stands out for you about celebrating Chanukah as you grew up? What about when you were raising a family? Do you have any special food memories?

Chanukah wasn’t as important when I was a youngster as it seems to be today. Purim and Passover were the bigger holidays. Still, it was festive enough, but there weren’t elaborate preparations, special blue giftwrap and certainly not 8 days worth of presents. I do remember it as a special time because that’s when my Aunt Roz and Uncle Mac would take me, my brother Jeff and cousin Leslie ice skating. What a treat, especially the year we got satin lined skating outfits and our own ice skates for Chanukah! And of course we got gelt, chocolate of course, gold wrapped in mesh bags! We each got our own bag and I still remember clawing the wrappers open to get to the chocolate.

Chanukah became a more celebratory event when I was raising my own children. There was more talk about it at school, even though the majority of children were not Jewish, in an effort to be more inclusive. So it more or less had become a well known Americanized holiday that everyone knew about, not just Jewish families. My husband Ed and I also gave the children 8 gifts, usually one or two big ones, the others that were just fun or silly. My kids were excited to open one each night to see whether it was the “good” one or not. And they still joke about the socks, which was always one of the eight. As for food – they also got gelt, same awful chocolate, same mesh bags.

Has your Chanukah changed since you became a chef and author?

Significantly. As I read more and more about Chanukah in order to prepare for my food articles, I learned about the historical events that preceded our celebration. More to the point, not only did I understand the Maccabee victory and what it meant for the future of the Jewish people, but I learned about the part that Judith played. Judith was a brave widow who lived in the town of Bethulia in Judea in the second century BCE. Who knows what the outcome would have been if Judith hadn’t dined with Holofernes, a general in the enemy’s army? She made him eat plates and plates of salty cheese, which got him thirsty and so he drank lots of wine and fell asleep, whereupon she decapitated him! When they learned their general was dead, the Greek army was confused and broken, allowing the Jews to launch their victorious attack.

I have two daughters and it was important for me to tell them about a woman’s role in the victory. I retold the story every year and made sure that we had a cheese-oriented meal, in honor of Judith. Now I have three grand daughters and we still follow that tradition. Some say Shavuot is the cheese holiday, but for us, it’s Chanukah.

Our family is kind of tribal! We get together for every major holiday. My children and grand children sleep over, the kids play together and we eat lots of good food. I make fresh, hot, crispy latkes every year, no matter what else I cook. Cheese latkes and potato latkes and sometimes a new variety (last year it was sweet potato latkes with dried cranberries). For Chanukah we line the kids’ presents up on our hearth and on top of the pile we put that old classic, a mesh bag filled with chocolate Chanukah gelt. This year it will be a little different. I wrote an article for the Jewish Week on “gourmet gelt” – upscale chocolate coins. When our family got together for Thanksgiving, the older kids saw the boxes in my cabinet and were curious. They said they are expecting the “good” chocolate gelt this year!

Are you eating different foods for Chanukah now than you did in the past? What are they?

Most definitely. My parents didn’t know that Chanukah was originally a holiday on which people ate cheese. As a historical matter, centuries ago, the first latkes people ate to celebrate Chanukah were made with cheese. Unfortunately, many Jews in some of the northern countries such as Russia and Poland, were very poor and couldn’t afford cheese, so they made their latkes with potatoes. As Hillel says, “the rest is commentary.” Maybe not being able to buy cheese was not so unfortunate! Can you imagine life or Chanukah without potato latkes?!

In my growing up there were always potato latkes on Chanukah but these days I serve cheese dishes in addition so the event is one big dairy feast. Some of our favorite Chanukah foods are gougeres (cheese puffs), spinach pie, macaroni and cheese and Chocolate Cheesecake brownies

I serve old fashioned dairy sour cream with the latkes (although some prefer applesauce) but over the years I have also created some interesting dips to go with the latkes, including an interesting tangy one made with plain yogurt and lemongrass.

What are the top questions people ask you about baking for Chanukah? For other holidays?

I always get questions about my challah, no matter what holiday and frankly, even when it isn’t a holiday. It’s a recipe I developed from my grandmother’s notes that had no real measurements and no instructions. I have to brag – it’s the best challah, the very best (it  is the only traditional recipe in my new book). One of the most poignant, touching moments of my life came this year when my daughter asked me to bake the challah for my grandson Zev’s bar mitzvah. I will treasure that request to my dying day.

I also get requests for rugelach, butter cookies and Grand Finale Cookies (in my book, Hip Kosher), which is a combination of chocolate chip and oatmeal-raisin cookies. These recipes are all available at www.ronniefein.com.

Ach, it’s not even close. Potato latkes.  Everything else is extra. I like sufganiot but fried potatoes? It’s my “what one food would you take to a desert island if you could only choose one” choice. Anyone who knows me knows I love modern food and have spent my life creating new recipes. But there is no food quite so delicious as potato latkes (and challah!).

Ronnie shared a few recipes with us – just reading them and looking at the pics will likely make you want to include them on your holiday menu:

1 teaspoon salt or to taste

Grate the potatoes and onion into a bowl or, if using a food processor, shred the potatoes and onion together. If you prefer latkes softer, after shredding, place the shreds back into the food processor and use the S-blade. Process the potatoes and onions to a fine consistency. Either squeeze the vegetables in a kitchen towel over a bowl or place the mixture in a rigid strainer set over a bowl and press the vegetables. In either case, wring or squeeze out as much liquid as possible. Place the vegetables in a large bowl. Add the matzo meal or breadcrumbs or use the solid potato starch that remains at the bottom of the bowl containing the squeezed liquid. Stir in the eggs, salt, pepper and baking powder. Heat about 1/4” vegetable oil in a cast iron or other heavy heat retaining skillet over moderately high heat. Drop some of the potato mixture into the pan, using equal amounts to make each pancake. Fry for 2-3 minutes per side or until the pancakes are golden brown and crispy. Drain on paper towels. Serve with dairy sour cream, nonfat plain yogurt, applesauce or Lemongrass-Yogurt Sauce (below) Makes 12-16

Combine all the ingredients in a bowl and mix thoroughly to distribute them evenly. Let rest for 15 minutes before serving. Makes about one cup

Lightly grease a 13”x9” baking pan. Preheat the oven to 350 degrees. Melt the butter and chocolate together in a large saucepan set over low heat (or in the top part of a double boiler set over barely simmering water). When the butter and chocolate have melted, blend them and stir in 2 cups of the sugar and 3 of the eggs. Whisk ingredients thoroughly. Add the flour, salt, nuts (if used) and 1 teaspoon vanilla extract and stir in the ingredients with a large wooden spoon. Spoon the batter into the prepared pan. In a medium bowl, beat the cream cheese, 1/2 cup sugar, 1 egg and 1 teaspoon vanilla extract until thoroughly blended. Spoon blobs of the cream cheese mixture on top of the chocolate batter. Cut through the cheese, making swirls in the chocolate mixture. Bake for 40-45 minutes or until a toothpick inserted into the center comes out clean. Let cool. Cut into bars with a sharp knife dipped into hot water. Refrigerate. Makes 24-36 pieces

Preheat the oven to 425 degrees. Cook the water and butter in a saucepan over medium heat. When the butter has melted, add the flour and salt all at once. Stir vigorously with a wooden spoon until the mixture is well blended and begins to come away from the sides of the pan. Remove pan from the heat and let the mixture cool for 2-3 minutes. Beat in the eggs one at a time, blending well after each addition.* Add the herbs, cheese and cayenne pepper and blend them in thoroughly.

Butter and flour a baking sheet. Drop 3/4 to 1-inch mounds of dough from a teaspoon onto the sheet. Leave space between the mounds for the puffs to rise. For a shiny surface on the puffs, lightly brush the tops of the mounds with some of the egg wash. Bake for 18-20 minutes or until the puffs are lightly brown and crispy. Lower the heat to 300 degrees and bake for another 5-6 minutes. Turn off the heat but leave the puffs in the oven for 3-4 minutes. Serve hot or at room temperature. Or cut them open and fill them. Makes about 60

*Incorporating the eggs is what most people find difficult. Be sure to add them one at a time. Use a sturdy wooden spoon to help you. The mixture will be sticky and at first you think it will never come together, but keep mixing and you’ll see that it does come together. After each egg is incorporated the mixture becomes softer and pastier and stickier. That’s the way it’s supposed to be.